Egypt is to join the growing number of countries around the world that have transitioned towards using sophisticated new polymer banknotes instead of paper. 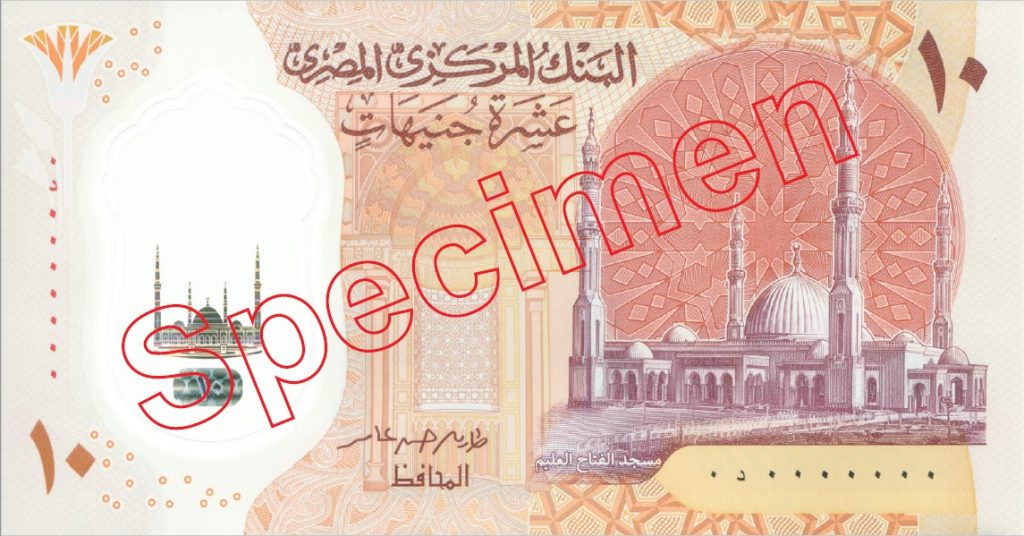 President Abdel-Fattah El-Sisi was briefed on the new banknotes during a meeting with Prime Minister Mostafa Madbouly and Central Bank Governor Tarek Amer at the end of July 2021. In press statements, the CBE has stated how it aims to fully benefit from greater durability and security that comes from using polymer.

Khaled Farouk, the deputy governor of the CBE, said in press remarks earlier this year that new polymer notes will be made from eco-friendly materials that are also resistant to moisture, water and microbes.

The new banknotes will be printed in Egypt’s new printing house – the largest print works in Egypt – based in the country’s new administrative capital, east of Cairo.

“We’ve been delighted to share our global experience and knowledge of polymer with the Central Bank of Egypt,” said CCL Secure’s Managing Director, Neil Sanders. “As well as working with the bank to ensure the new note includes highly secure anti-counterfeiting measures, we’ve also worked closely with the printing house to provide technical collaboration.”

The bank said, in a statement, that the new ten-pound denomination was designed with a modern and innovative character, as it is adorned with the Al-Fattah Al-Alim Mosque as one of the landmarks of the Islamic architectural styles in the new administrative capital, as well as the Pharaonic civilization represented in the statue of Hatshepsut, which reflects the identity of the ancient Egyptian state.”

Further, this step comes within the framework of Egypt’s objective to raise the quality of banknotes circulating in the Egyptian market, and contribute to the sustainable development programmes adopted as part of Vision 2030.