A global programme to encourage Central Banks to recycle GUARDIAN™ polymer banknotes at the end of their life has been recognised in a prestigious international award for CCL Secure.

The annual Central Banking Awards are one of the highlights of the year for the global community of central bankers and the highly specialised businesses that work with them.

CCL Secure was awarded this year’s Currency Services Initiative Award as a result of the company’s global support for recycling and for wider reductions in its environmental impact. 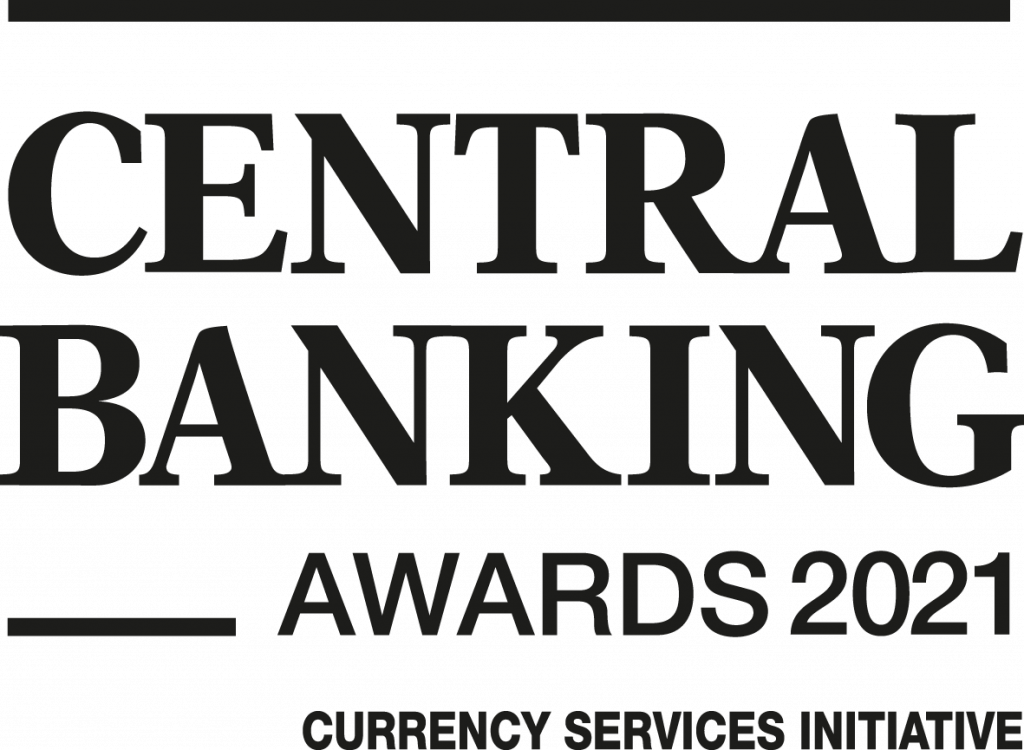 “Naturally, we’re delighted to have received this prestigious award,” says CCL Secure MD Neil Sanders. “It’s recognition of a lot of hard work – over many years – that has gone into turning our promises into reality. For us, our commitment to sustainability runs through the entire company and will continue to be a major focus for us, covering our entire supply chain and production process.”

“Our GUARDIAN polymer banknotes already help to reduce the environmental impact of cash because they last longer than paper notes, and you don’t need to issue as many,” says Dr. Tim Berridge, director of research and development, marketing, and design at CCL. “Our global recycling programme – which has been running successfully for several years now – makes our polymer notes an even more environmentally responsible choice.”

The company’s commitment to sustainability goes beyond simply encouraging their Central Bank customers to recycle. CCL Secure has invested in specialist recycling facilities that make it easier for customers to include recycling as part of their normal processes for the management of cash.

A new recycling plant in Zacapu, Mexico is the latest addition to the company’s global recycling capacity. “We can now provide a full end-to-end service for our Central Bank clients in the region,” says Berridge. “Globally, more than 90% of GUARDIAN polymer banknotes issued into circulation are now recycled. We’d like to make it 100%.”

As well as introducing programmes and building facilities that make recycling of polymer banknotes more sustainable, CCL Secure has invested in reducing the environmental impact of their production processes.

Recent changes to processes in the company’s plant in Wigton, England, for example, have achieved a 50% reduction in the use of gas. The £40m site was purpose-built to make highly secure GUARDIAN polymer substrate for banknotes used by the Bank of England and other banks, using a specialist polymer Propanote™ Clarity C, created on-site by Innovia Films. Both companies are part of the global CCL Industries group.

Enhancements made to the process mean that some of the solvents that would otherwise be released into the atmosphere are now captured and used for power generation. The power generated from recaptured solvents goes towards operating the plant’s printing press which uses electricity generated from gas and steam. By recapturing solvents for use in power generation, gas usage has been cut by 50%.

Air quality, both inside and outside the plant, has also been significantly improved with emissions to air consistently well below permitted environmental discharge consents. Prior to starting the project, average values for carbon monoxide, volatile organic compounds (such as carbon), and nitrogen oxides would consistently be greater than 80 mg/m3. Post project, these average values have been consistently below 20 mg/m3.

Berridge says CCL will continue to push its sustainability mandate, but as each country’s situation is different, a one-size-fits-all solution is not possible. “I think it will be a mixed approach, and CCL Secure will work closely with users of GUARDIAN to ensure we get the right solution for them,” he says.

“Whether it’s enabling our customers to recycle or enhancing our own processes, as a responsible supplier and employer, our duty is to make sure that what we do minimises our impact on our shared environment. We’re committed to reducing the impact wherever we operate, whether that’s in England, Australia, or Mexico,” adds Neil Sanders.

You can read Central Banking’s summary of the award here.