The Bank of England’s £50 note, in circulation from 23rd June 2021, completes the transition of the full series of United Kingdom notes to polymer. The United Kingdom is the 11th country in the world to fully transition with GUARDIANTM polymer substrate, made by CCL Secure, the global leaders in polymer banknote technology.

The design of the new £50 note focuses on computing pioneer Alan Turing. Turing provided the theoretical underpinnings for the modern computer via his work at the National Physical Laboratory and later at the University of Manchester. He’s also regarded as instrumental in the development of the theory of artificial intelligence, setting the ‘Turing Test’ to assess how successfully a machine can exhibit behaviours that are indistinguishable from a human.

As well as including an image of Turing, the note includes design elements that draw on his writings and other aspects of his work.

Security features, many of which are achievable only with polymer substrate, include words that change from ‘Fifty’ to ‘Pounds’ when the note is tilted, different metallic coloured foils on the front and back of the note, a portrait of the Queen in a transparent window, a 3D image of the crown in a silver foil patch, and a figure ‘50’ that only appears under ultraviolet light.

A foil applied to the front of the note is on a continuous window that is designed to reveal elements of the Kurz “Re-View + Re-colour” foil on the reverse.

As part of their original contract with the Bank of England for the £5 and subsequent £10 and £20 notes, CCL Secure invested £40m in new production facilities at Wigton, Cumbria, creating 95 skilled jobs. The highly secure production facility makes a unique form of polymer banknote substrate – GUARDIAN – based on Propanote™ Clarity C film, which is also produced onsite by sister company Innovia Films. Propanote™ Clarity C is used solely for banknotes and no other purpose. Both companies are part of the CCL Industries Group. 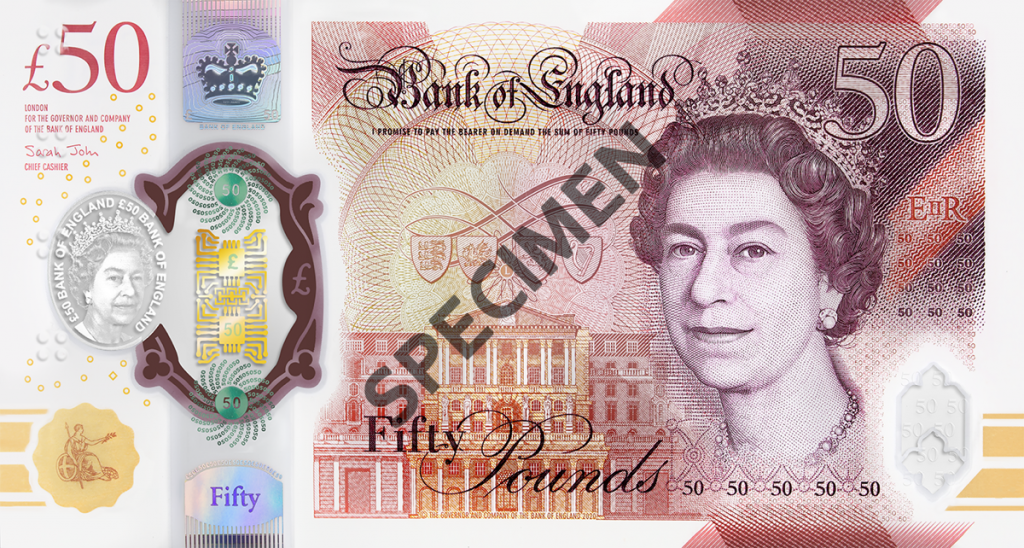 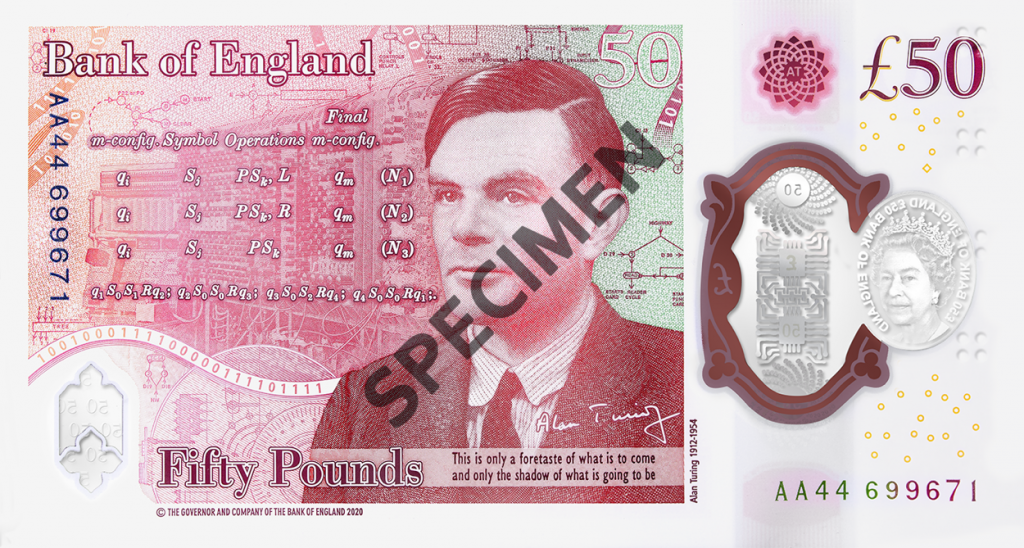 Key Features of the New £50