Banco de México’s new commemorative 20 peso banknote – issued on 24th September 2021 – is the latest in a series of GUARDIAN™ polymer banknotes issued in the bank’s G series of notes.

The new $20 note commemorates 200 years of the independence of Mexico from Spain. It depicts when the army of the three guaranties (Religion, Union and Independence), under the command of Agustin de Iturbide, entered Mexico City on September 27, 1821.

The new note will circulate with current 20 pesos polymer note, which was the bank’s first denomination printed on GUARDIAN issued in 2002. Other GUARDIAN polymer notes issued by the bank are the 50 pesos and 100 pesos denominations, which have been in circulation since 2006 and 2020 respectively.

A secondary window is overprinted with another CCL Secure security feature, VIGNETTE™, which provides an effective alternative to a multi-tonal, mould-made watermark. Other features include an integrated magnetic design in the shape of a flower.

Another benefit of the new note is its environmental performance. The notes start life as polymer pellets which are transformed into Propanote™ Clarity C a bank-grade polymer substrate film, used only for banknotes. Once the banknotes have completed their working life, they can be recycled by turning them back into polymer pellets. These are used for a wide range of products, including packing cages for fruits, and building materials. CCL Secure has a purpose-built recycling centre in Zacapu, in the Mexican state of Michoacán. 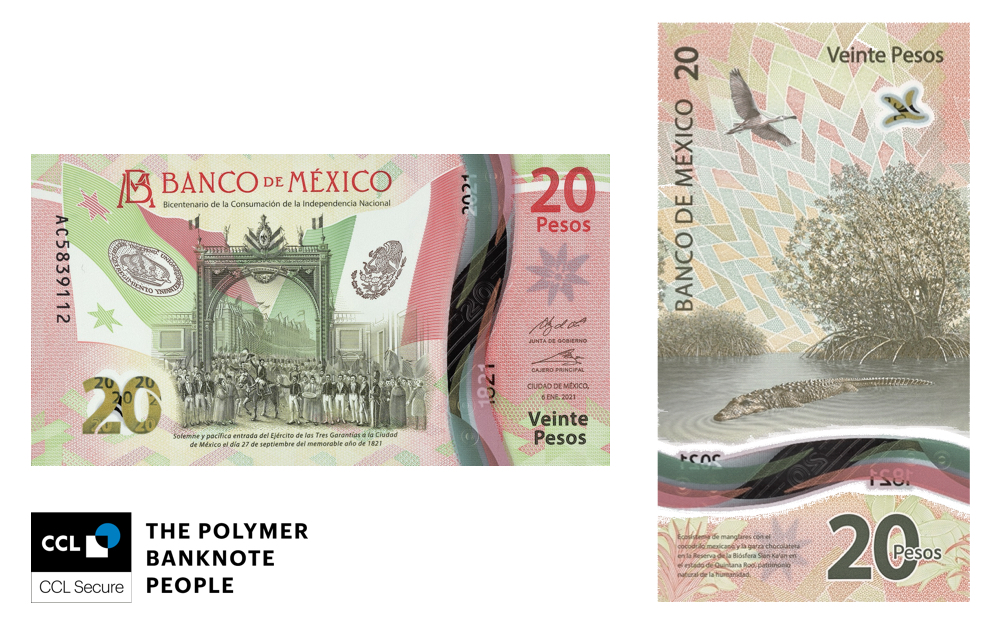