Nearly 60 years after it was founded, Banco Central de Nicaragua is marking the occasion by issuing a commemorative 5 córdoba note. Made from GUARDIAN™ polymer, the new note includes a range of design and security features that are achievable only with polymer banknotes. 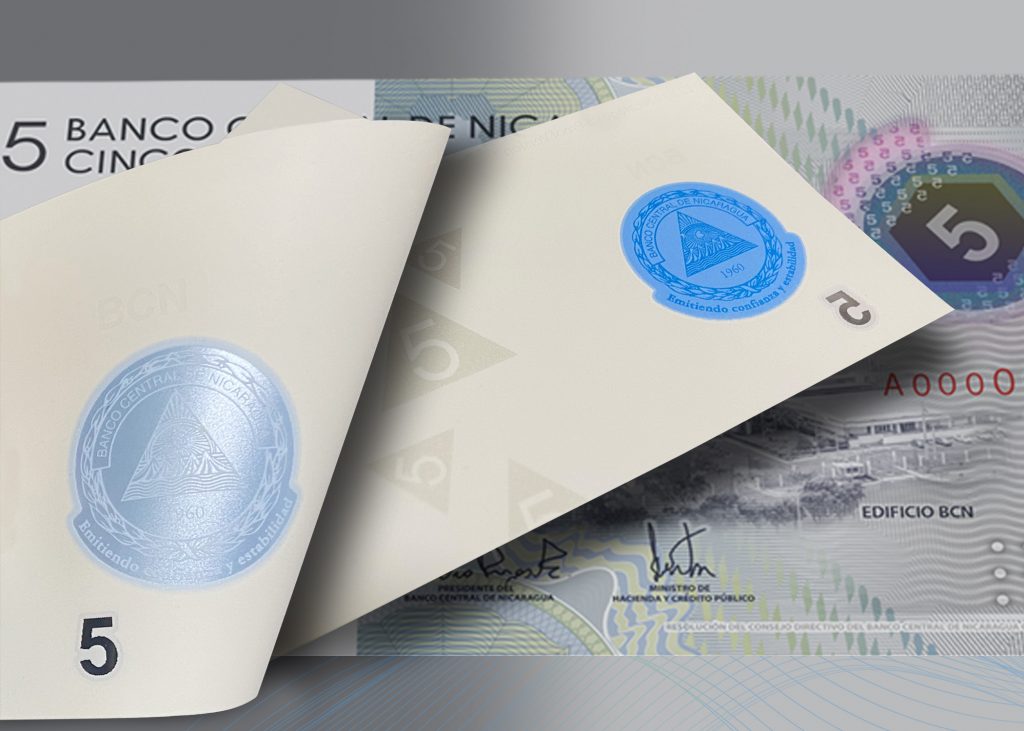 Banco Central de Nicaragua was the first issuing authority in Latin America to print all its banknote denominations on polymer substrate. They have used GUARDIAN as their substrate of choice since issuing 10, 20 and 200 córdoba notes in 2007.

Previously, Nicaragua had been one of the few countries in the world that did not have a Central Bank. Security features built into the note include an innovative two-sided metallic feature, adding to the already strong anti-counterfeiting properties of GUARDIAN polymer.

Dr. Tim Berridge, Director of R&D, Marketing and Design with CCL Secure, the company that manufactures GUARDIAN, points out that “Polymer enables features that are extraordinarily difficult to counterfeit. In many countries where polymer has been introduced, the proportion of counterfeit notes in circulation has dropped from as high as 30% to virtually zero.”