Banco de México launched a new 100 peso banknote using GUARDIAN™ polymer, the latest in a long line of polymer banknotes issued by the Mexican central bank. The first – also a 20 peso note – was unveiled in September 2002, with a redesigned note issued 5 years later. The series will also feature 20 peso and 50 peso notes, to be issued later.

As well as lasting longer in everyday use, the new 100 peso note also benefits from the additional security that is inherent in polymer banknotes. In countries that have introduced polymer banknotes, counterfeiting rates often plummet from as high as 30% to virtually zero.

Another benefit of the new note is its environmental performance. The notes start life as polymer pellets which are then transformed into GUARDIAN polymer substrate film, used only for banknotes. Once the banknotes have completed their working life, they can be recycled by turning them back into polymer pellets. These are used for a wide range of products, including kitchenware and building materials.

“The ability to recycle polymer banknotes is only one of the ways in which polymer is more environmentally friendly than paper,” says Dr. Tim Berridge, Director of R&D, Marketing and Design with CCL Secure. “As Banco de México recognise, the production of raw materials, the environmental cost of distributing banknotes, and durability all contribute to make polymer a very attractive option.” 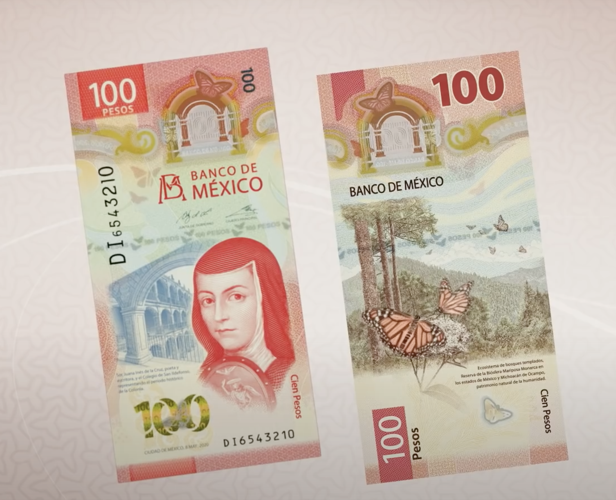