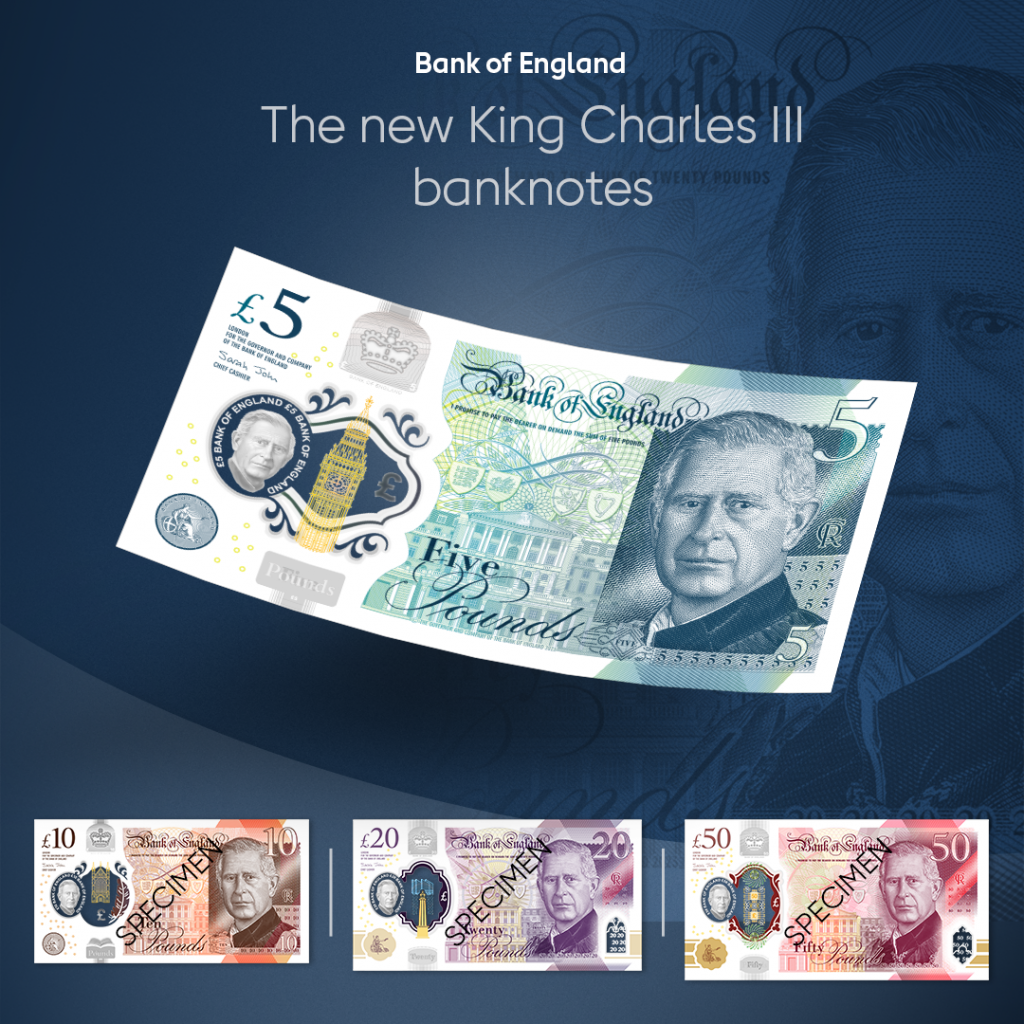 Planned to enter circulation in mid-2024, the new design of the £5, £10, £20 and £50 notes will feature The King’s image on the front as well as in cameo within the transparent window. CCL Secure has proudly supported the Bank of England with all its polymer denominations, including the first £5 polymer note back in 2016.

Neil Sanders, CCL Secure’s Vice President and Managing Director, emphasised the importance of the King Charles III banknotes for the Bank of England. “The process involved close consultation and partnership with the Bank to ensure our team delivered on the expectations for the new substrate design,” he said.

“CCL Secure has worked with the Bank of England since the beginning of its polymer transition, supporting a vision for safer, stronger, cleaner and greener currency.”

As with all other Guardian™ polymer banknotes issued by the Bank of England, the new notes will be recycled once they reach their end-of-life; which is one of the reasons why polymer is the most sustainable substrate for banknotes. Other proven benefits include an increased resistance to counterfeiting and heightened durability in the cash cycle.

Andrew Bailey, Bank of England’s Governor, said: “I am very proud that the Bank is releasing the design of our new banknotes which will carry a portrait of King Charles III. This is a significant moment, as The King is only the second monarch to feature on our banknotes.”

All polymer banknotes carrying a portrait of HM Queen Elizabeth II remain legal tender, and will co-circulate with the new notes.

As a way to minimise the environmental and financial impact of the design change, new notes will only be printed to replace worn banknotes and to meet any overall increase in demand for banknotes.